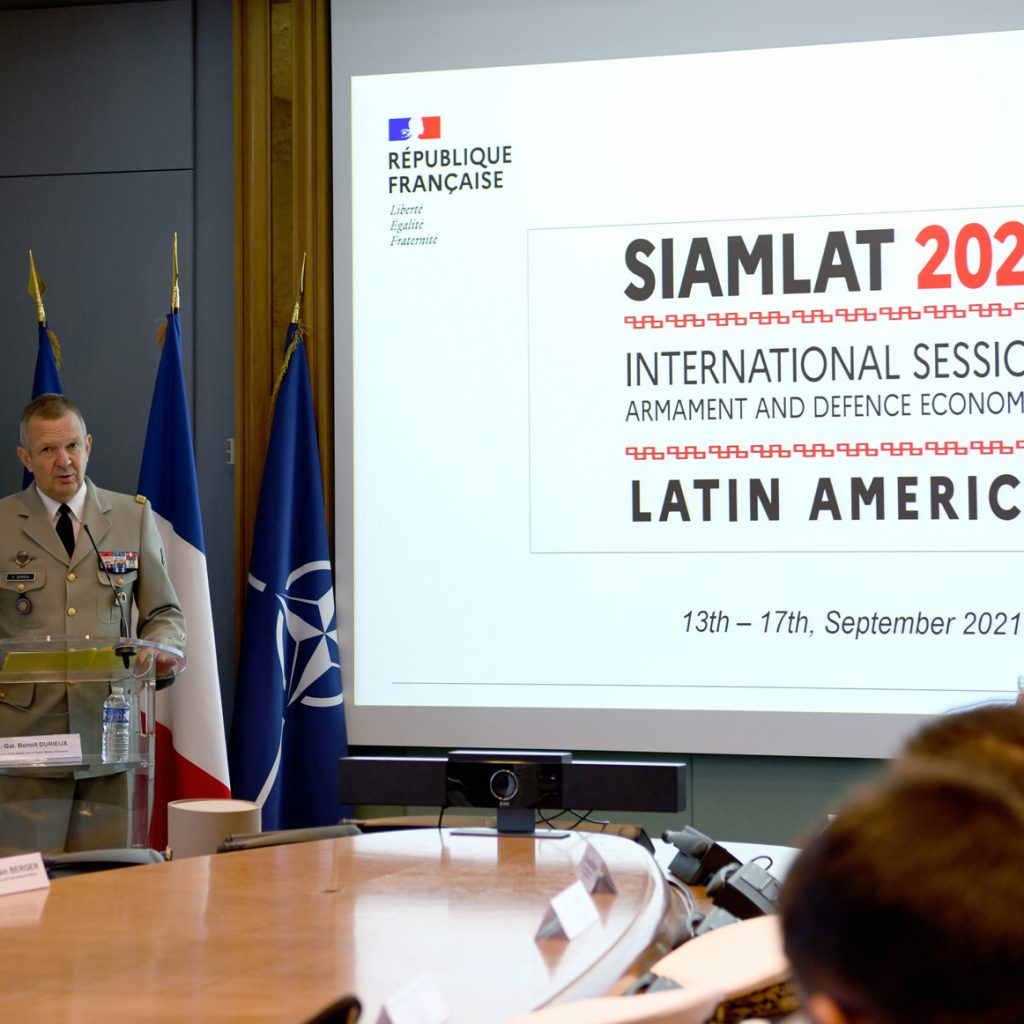 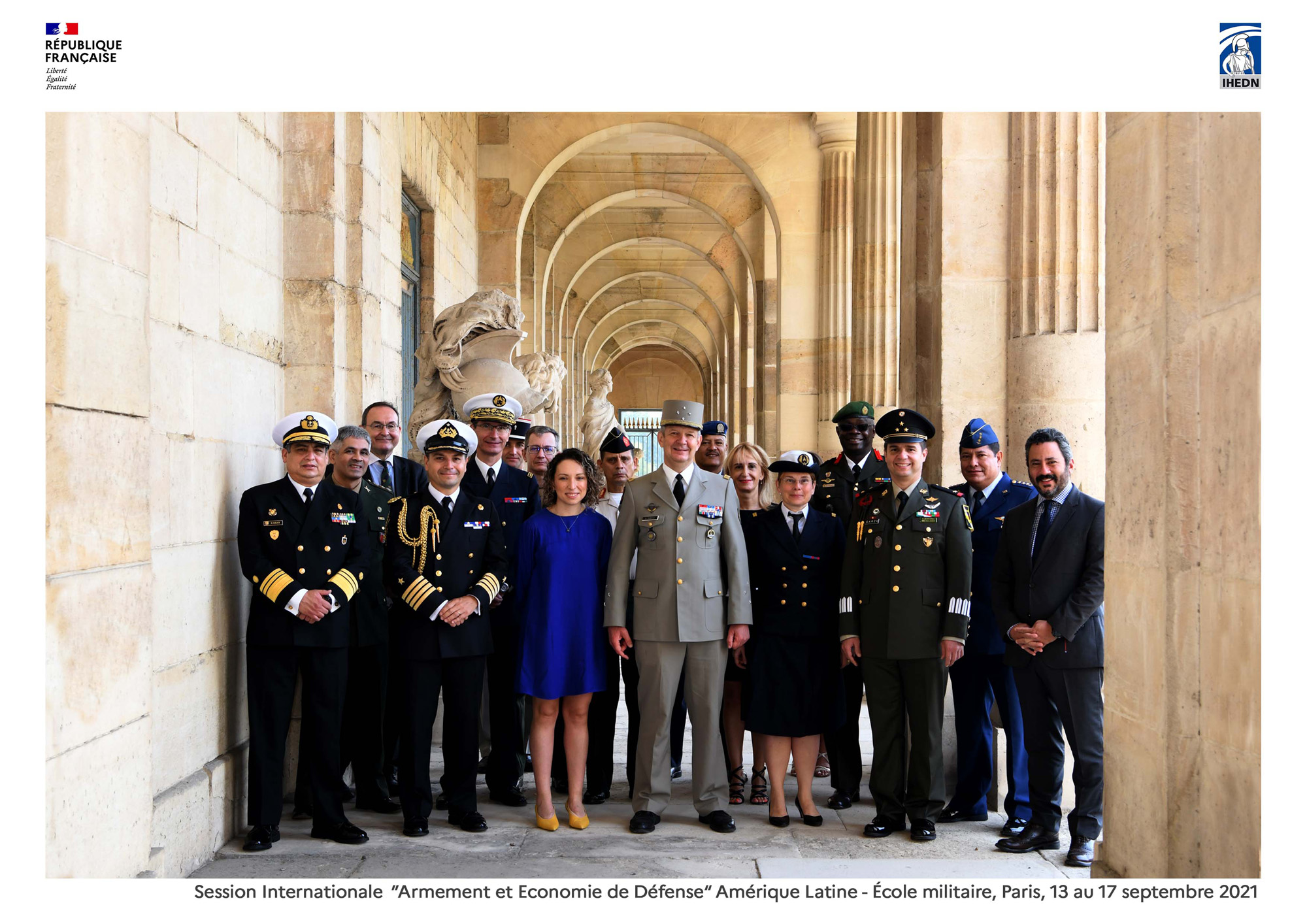 On Monday 13th September, started at the Military School, in the centre of Paris, the 5th edition of the International Session « Armament and Defence Economics » for Latin America (SIAMLAT). This event gathers twelve high representatives of the armed forces and institutions from 10 different countries of the area. Brigadier-General (eng.) Thomas Lorne, Deputy Director of the International Department of the Directorate General for Armament, and Ambassador Sylvain Berger, Director of European and International Affairs, welcomed the attendees. Lieutenant-General Benoît Durieux, new director of the Institute for Higher National Defence Studies (IHEDN), pronounced the opening speech of this session. On Tuesday 14th and Wednesday 15th, the attendees travel to the South-East of France to visit the Naval Base of Toulon and several military industrial sites.