The 9th International Latin America and Caribbean (SIAL) session ended on Saturday March 12, 2022 with a closing speech by Ambassador Pierre-Henri Guignard, Special Envoy for the Alliance for the Preservation of Tropical Forests.

From March 6 to 13, 26 civil and military auditors from Latin America and the Caribbean attended conferences and visited French military sites, including Paris Fire Brigade, around the topic: France and Latin America, united in the face of new challenges security and defence.

At the end of the presentation of their committee work, the auditors received their diploma from the hands of the prefect Denis Conus, deputy director of the IHEDN, Ambassador Sylvain Berger, director of the Department for Europe and International Affairs of the Institute, and Lieutenant-Colonel Sébastien Giordano, Geographical Officer of Latin America within the Directorate of Security and Defense Cooperation (DCSD) at the Ministry for Europe and Foreign Affairs.

The 9th International Latin America and Caribbean session was opened on March 7, 2022 by Lieutenant General Thierry MARCHAND, Director of Security and Defense Cooperation (DCSD) and by Ambassador Sylvain BERGER, Director of the department for european and international affairs of IHEDN.

Until March 13th, the 26 civilian and military auditors from Latin America and the Caribbean will attend conferences and discover military sites, around the topic : France and Latin America, facing new security and defense challenges.

During the conferences, the auditors will take part to a high-level strategic reflection allowing the convergence of ideas and debates around the fields of cooperation, security and defense between the two continents. At the end of the session, the auditors will present their committee works.

An intense week of discovery placed under the sign of cooperation. 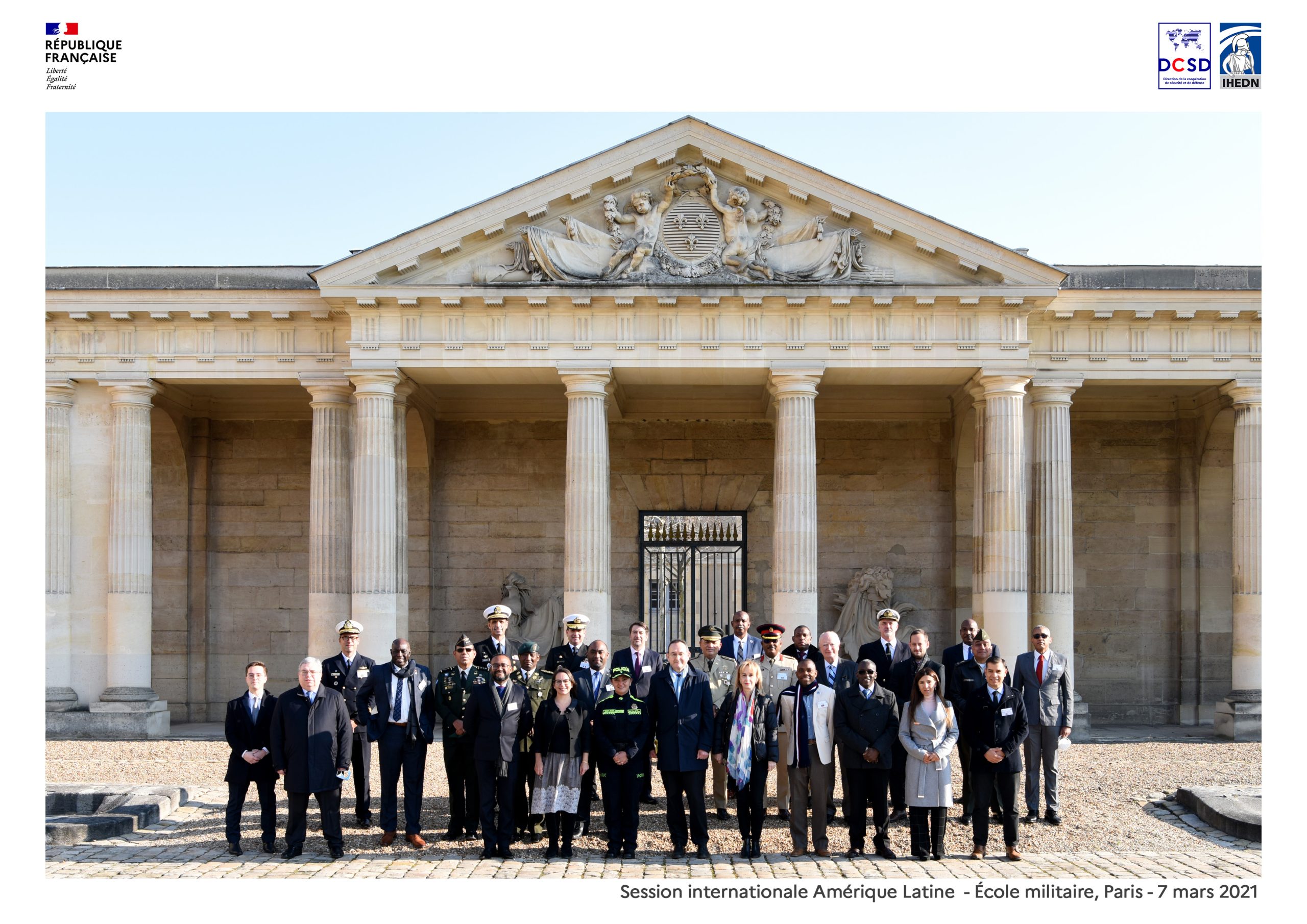