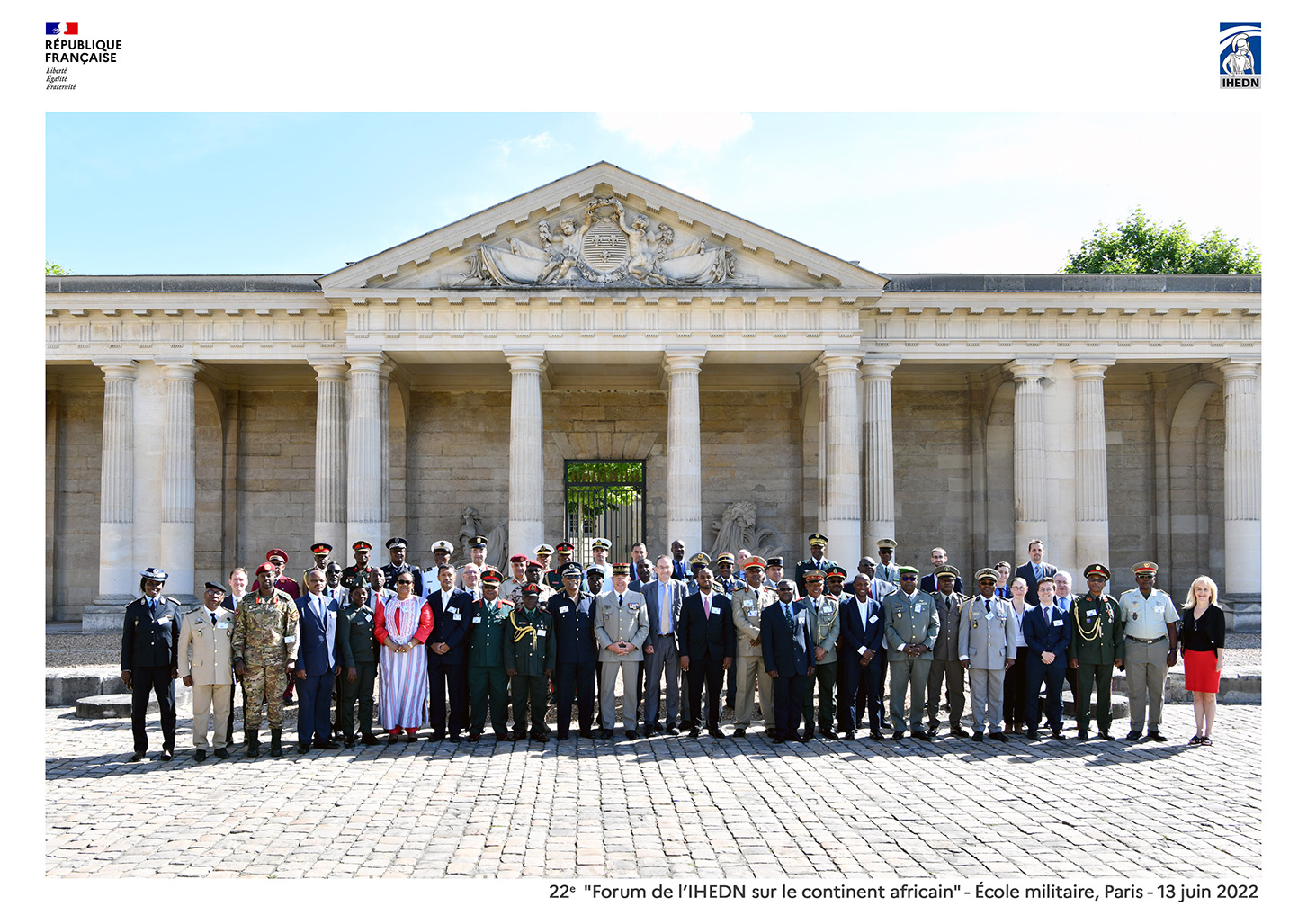 Launching of the 22nd session of the IHEDN Forum on the African continent (FICA) at the Military school.

The 22nd session of the IHEDN Forum on the African continent (FICA) started on Monday 13 June 2022 with an opening speech given by General Durieux, Director of the IHEDN (Institute for High Defense Studies) and General Marchand, Director of the DCSD (Directorate of Security and Defense Cooperation) of the Ministry of Foreign Affairs.

After two conferences on the objectives of French diplomacy and the commitment of the European Union in Africa, the attendees, divided into five committee groups, discussed several major themes: « prospects for regional cooperation in security and defence », « what do you expect from France and the Europeans », « security, energy and climate », « assessment of UN and EU missions », « Africa and France faced with current geopolitical crises ».

From 13 to 18 June, some fifty African civilian and military auditors will attend study conferences and field visits, including Eurosatory, on the theme « New forms of conflict, new partnerships« .